A downloadable game for Windows

Edit 3: fixed yet another couple of bugs. Sorry for the inconvenience.

Edit 2: fixed several bugs that were pointed out in many feedback posts, namely enemies being able to move during cutscenes, characters being able to spam their attacks while moving and the player character sometimes getting stuck when moving close to the AI companion.

Edit: fixed a bug that prevented from completing the demo

This is the very first demo of my game, Knight & Witch (title is placeholder).

It's a really early view at the game, which might be a bit misleading compared to what my vision for it is supposed to be, but I nevertheless wanted to give people a first look at what I've been working on for the last couple of months.

This is going to be my first 'big' game so I'm super excited and nervous to show it in a playable state to the world. Don't expect a masterpiece. Actually, don't expect anything worthwhile.

Enough babbling: what's this game about?

Imagine a top down action/adventure game with puzzles, like The Legend of Zelda. Now imagine if instead of controlling Link alone, you had to manage two characters at once, each with their skills, strengths and weaknesses, with the ability to switch control at any time . And imagine if the two could perform combined techniques to explore the world, helping them both in combat and to solve puzzles, sort of like the Mario & Luigi RPGs. This is pretty much what Knight & Witch aims to be. That said, right now this is still all very far away.

I could be talking about what should be in this demo but isn't, but that would be a waste of your and my time. Instead, let me just summarize what is in the game at this stage: puzzles, combat, uh... that's all.

I tested the game and it should run fine, but obviously there will probably be some bugs or errors that I missed. So if you run into any, please be sure to let me know. And of course, have fun and enjoy Knight & Witch!

Hi, what are the System Requirements? Can you add them to the page?

This time I was able to save the kingdom. Thanks alot for the update squaredev!

Good job. I think Q and Z are reversed in your controls. Also, mobs killed me while I was in a cut scene. Seems like a bug.

downloads are missing, use browser incognito mode to confirm

Sorry about that. It's fixed now.

Try downloading now (the previous download had some bugs I fixed) 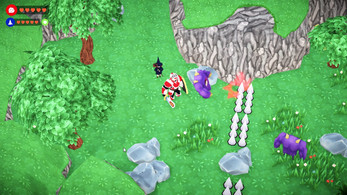 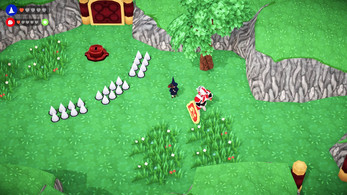 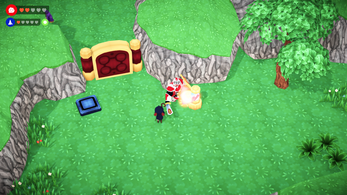 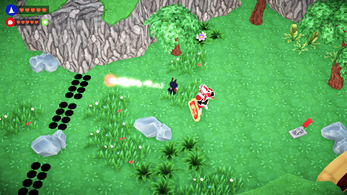