A downloadable JFB for Windows

This is my entry for /agdg/'s Mecha Jam.

You play as Soldier, the young pilot of the Buster unit. Your mission: save the city from the menace of the alien robots that came to take over our planet.

Have fun and try to get a 5 star rank!

The game can be played both with mouse/keyboard and with gamepad. Please take a look at the controls before you start playing though.

Remember that you can customize them on the Input tab of the config menu before playing the game.

Great game! love it
Few words: Default control actually very bad..
- Weapon cursor is 3d_space'd but very slow and laggy which make targeting very frustration
- Camera in shooting mode works with mouse but in flying mode with its not (uncomfortable)
- 3d Direction arrow  looks similar from different sides and make direction unclear (confusion)
- All weapons feels slow and many times not useful at all

=====================================================
i see this game as Third Personal Shooter and i think
- For PC control should be around Mouse+keyboard
with usual cursor at center of screen or at least fixed to screen
(it will neutralizes lag problem - and makes targeting satisfying)
- i see no point in different "switch mode" for "Sliding move" and "Shooting"
so it all can be just combined on 1 gameplay mode
(which will make gameplay control faster and more complex, more interesting)
Its mean player will be able to shoot without holding "right mouse button"
and "Slide" with "shift" will work instantly
- with this in mind "Slide" can work in 2 different way
1 = Sliding will work with shooting at same time
2 = Slide will block shooting and punch player instantly to side - with some cooldown (like "roll" in slasher games)
from my stand point both option is good and can be 2 different fun mode
"slow mode" can be with walking and (cooldown)"punch-sliding" to avoid danger
"fast mode" will give ability to move fast and will drain some energy (to avoid function abuse)
but will regenerate so player can attack enemy fast from time to time

- Player Weapons can shoot faster to give more impact(feeling) and be less "laggy"
- "Rifle" projectile can fly even faster to compensate long cooldowns between shots
it aslo can shoot with "burst mode" (2-3-4 shots instead of 1) to make shooting more interest and compensate "aim-miss" on long\middle distance
- "Guided missiles" is awesome.. but "guide target" is unknown
It will be useful to have at least UI pointers (like squares) at enemies BEFORE shooting
so player will know who will be attacked it he press "fire button"
- "3d Direction arrow" can have different colors at sides or different form to be more "clear" for understanding
Also (as stupid it can be) usual waypoints on screen can help to understand direction in 3d space too

I love the characters and their dialogues - they can be expressed more vividly
For example each character can have "Name" under portrait
and text in dialogues can have more personality with (cliche, common expressions, emotions, conflicts)

Anyway - i beat the game and have great time playing : ]
for 2-3 week game - it look and feels awesome 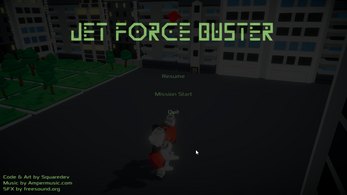 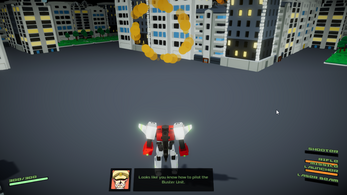 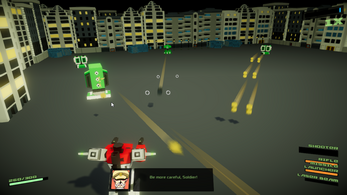 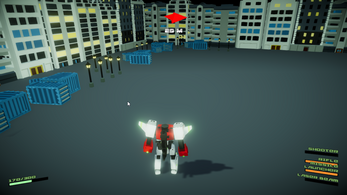 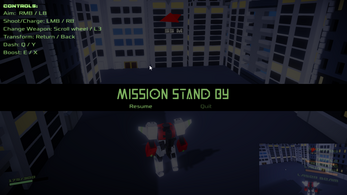 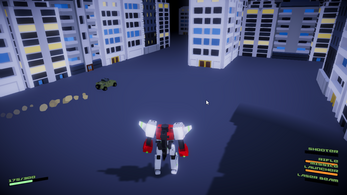 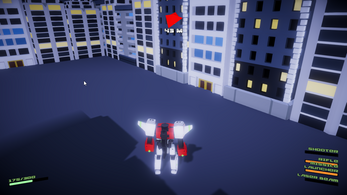 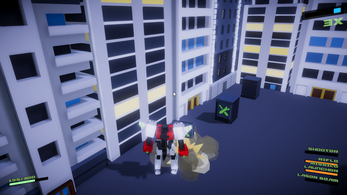 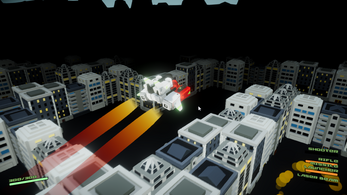