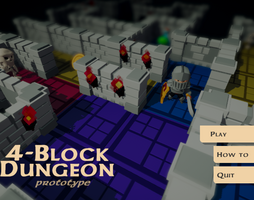 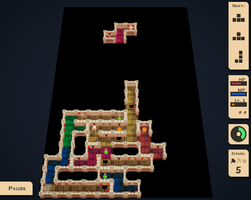 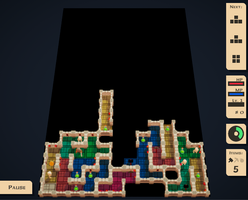 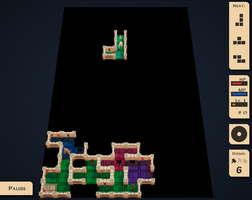 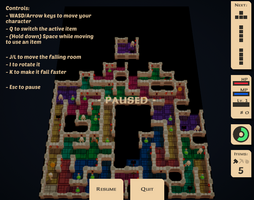 Hey there. First time doing a devlog so forgive me if it sucks.

Anyway I figured this was a good chance to start. I just uploaded a version of the game which implements a 'stamina system'. What this means in practice it that:

In other words, you can't (as the knight) thoughtlessly wander around the dungeon for too long or you'll get stuck! In this test version the stamina meter refills at fixed time intervals. However this may change in the future (that is, if this system proves valid). I added this last point because otherwise the player might end up out of moves after the tetrominos have reached the top of the board and thus render them unable to reach the portal.

This is a test version, and I want to make it clear that I'm not sure about the validity of this system yet. It was a vague idea I had which seemed to sound interesting in my head, but I can't tell how well it will work in practice. Which is why I would like you to try out this version, and let me know how you feel about this system. Would you keep it? If so, would you change it some way? I'm open to all kinds of feedback!

Oh, yeah. This version also includes several QoL improvements. You can set music and SFX volume in the title screen and in the pause menu. You can move the knight faster and more smoothly, and you can both control the knight and the tetrominos at the same time without any delay. I also fixed a few more bugs and tweaked the visuals slightly.

And with this, thanks for reading. I'l see you in the next devlog (hopefully)!

a mix of Tetris and dungeon crawling!