A downloadable game for Windows and Linux

I released a new version that fixes a couple of bugs, rebalances some of the classic dungeon floors, and most importantly removes the 'connection' mechanic. Previously when a piece collected to the rest of the board, open sides connected to walls would create open paths and locked doors connected to open sides would lock the way. Now nothing of this will happen. Instead, the players will have to carefully consider how and where to connect the pieces. Please let me know what you think of this change!

This is a feature-complete demo of Blocky Dungeon. It still lacks polish here and there, but it's more or less what the finished product will be like at launch. I'm planning to update the game regularly with new content and QoL improvements, however.

Anyway, the core of the game hasn't changed: build  and change the dungeon layout with mechanics akin to those of games like Tetris, and explore it at the same time as the Knight! Face enemies and traps, collect gold and items to help you along the way until you reach the exit.

The new features of this demo are:

- Clear requirements: previously the only requirement to make the exit door appear was to clear lines. Now each floor has different requirements, such as defeating enemies, reaching a certain level, clearing multiple lines in a row, etc. This should add variety and tension to each level.

- UI improvements: The HUD has undergone a makeover, and can now be controlled completely with just keyboard/gamepad.

- Boss fight: the Dark Knight will pose a challenge to the players, as its attacks will not affect just the player but also the dungeon itself!

- Endless mode: a must have for this kind of game, in this mode there is no exit, and the goal is simply to survive for as long as you can.

Other than this, several new enemies and obstacles were added, various QoL improvements should make the game experience better overall.

Of course the game is still WIP. There might be bugs, or things that aren't clear. Please feel free to comment and give feedback, critique and bug reports.

first let me start off by thank you for making this. For the thought effort and love that must have went into this and allowing me the opportunity to play it.

I say the above because I want you  the game makers to know I respect and appricate the effort you all put into your games and the fact that you allow random people like me to play them. That all said I want to tell you while the idea is cool and unusal the game play is not. As there is too much going on at once to really make this fun. Because of the speed at which the pieces fall and doesn't really give you time to take care of the dougen crawling aspect of the game and if you pay to much attention to the dougeon crawling aspect of the game the tetris pieces will pile up and you will loose. So while the idea is amazing and creative the excution needs a lot of attention. As of right now the way the game play is set up is unfun because there is too much going on at once to really enjoy either aspect of the game the crawling or the tetris part. but I like where it is going and the creative ideas behind the project now I like to see how you will make it more playable. 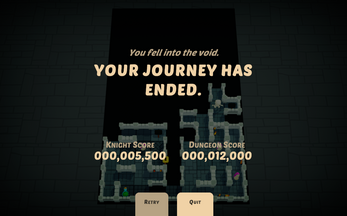 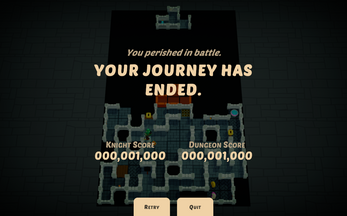 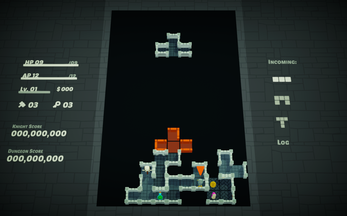 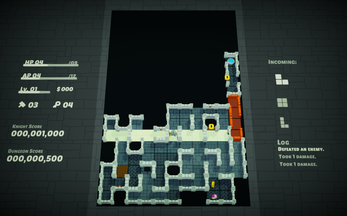 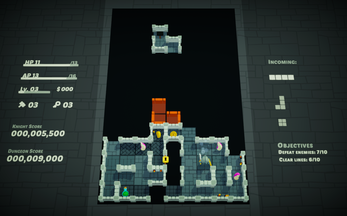 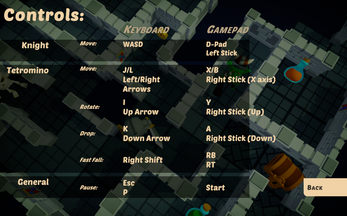 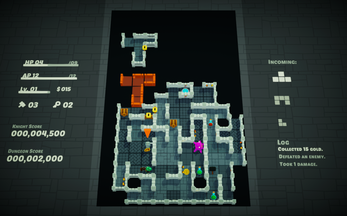