A downloadable game for Windows, macOS, and Linux

let me know how they work for you!

PLEASE CHECK THE GAME SETTINGS BEFORE YOU START PLAYING OR IF YOU FIND THE GAME TOO DIFFICULT.

Sorry for the inconvenience, I'll put a hotfix to fix the default settings so that the game is more accessible.

This is a big update to the previous version of this demo, so I thought I would renew its description listing what's new, along with going over the core of the game itself.

In this game, you explore a dungeon you create yourself piece by piece! Move, rotate and place the dungeon rooms and corridors, and go through them as the knight, fighting enemies and collecting treasures and items that will help you along the way!

There are quite a few changes to the controls and overall game-feel compared to the old version.

These 2 changes may seem small at first, and they might take some time to get used to if you've been playing the game with the old system, but trust me when I say they change the way the game plays completely. Now that you can manage each part of the game on its own with no pressure, it becomes much easier to plan your moves, assess the situation and think ahead.

Don't worry though. Both of these are only options. If you prefer to play the game the hardcore way like it was first conceived, with the knight and Tetris active at the same time and with the blocks falling automatically, you're free to do so!

Aside from these big additions, I made a number of smaller changes that should make the game smoother to play:

Now, I've said before the game was 'feature complete' however this is not exactly true. While the core of the game is there, there are still tons and tons of things to work on. Starting from bugfixing (I'm aware of a few bugs and glitches, but please do report any bugs that you run into), to adding more content (new game modes, new tiles, new items, new enemies and obstacles) to polishing up the UI and the visuals.

It might be a few months before the full game is ready to buy, but I'll do my best to make it something worth waiting (and paying) for!

In the coming weeks, I plan to work on:

I have lots of ideas for this game, some detailed, some vague. I want to make the base gameplay as smooth, fun and cohesive as I can before I start adding stuff on top, so please let me know how you like the game, and how you think it could be better! Feedback is extremely important at this stage, so comments of any kind are welcome!

And to make leaving feedback and talking about the game easier, I decided to create a Discord Server for Blocky Dungeon so feel free to join me!

Also! I can't forget the great help given to me by game tester/music composer PHI. Go check out his youtube channel! He does excellent feedback/playtest videos for indie games and prototypes and is a very valuable resource for indie devs looking for honest and detailed feedback on their games.

He's been helping me out a bunch lately, both giving me feedback and ideas/suggestions on how to improve the game but also with music tracks and sound effects. The song you'll hear while playing was made by him!

The game is quite cool and well thought ^^ I really enjoyed playing it :D

So hyped for this game!

Very cool, keep up the good work.  Hope to see this on Steam one day. 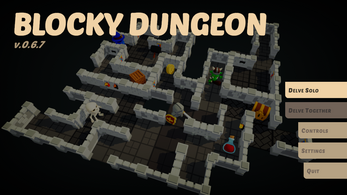 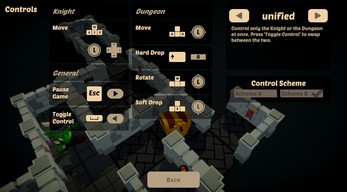 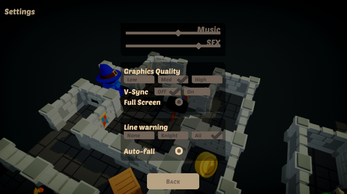 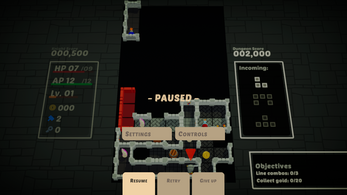 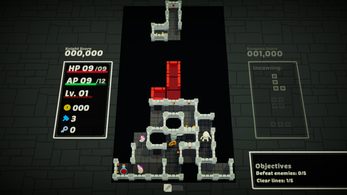